Create an Account - Increase your productivity, customize your experience, and engage in information you care about.

Still have questions about the opioid epidemic? No worries. We understand that it's a complex issue. But we'll try to answer some of the most common questions about what these drugs really are and what's going on with their use in Clay County.


Opioids are a type of drug that block pain signals to the brain. They release dopamine, the “feel good” hormone responsible for the rewards system that sends feelings of pleasure throughout the body. They may be helpful for managing pain after a surgery or injury, but they are highly addictive. Commonly known opioids include oxycodone (OxyContin®), hydrocodone (Vicodin®), codeine, morphine, fentanyl, tramadol and heroin, the illegal form of the drug.


How are these drugs addictive?

The longer opioids are taken, the higher the chance the body becomes dependent. This is because opioids change the chemistry of the brain. Tolerance to opioids means that someone has to take the drug in higher doses and more often to get the same feelings of pleasure. The next level, dependence, is the need to continue to take the drug for the brain’s reward system to function. If it is not taken, withdrawal symptoms may happen. This can look like aching, fever, diarrhea/vomiting, sweating and chills. Finally, addiction to opioids refers to the continued misuse of the drug, even though it can have negative effects on other parts of your life.

How are opioids dangerous?

Dependence on opioids can occur after just five days of using the drugs. In addition to being highly addictive, opioids can have different strengths or potency. For example, heroin is two to five times stronger than morphine. Those who use heroin often begin by taking prescription opioids. Fentanyl is an opioid that is 100 times stronger than morphine, and it is often mixed with heroin, cocaine, and other chemicals in counterfeit pills. Users may believe they are taking heroin when they are actually taking fentanyl, leading to overdose deaths.

Who can become addicted?

This is not just a youth problem. In fact, from 2003-2017, more Clay County adults between the ages of 45 and 54 died from opioid overdose deaths than any other age group. Everyone, no matter the age, race, gender or income level can be affected by opioid drugs. By fighting the stereotype that only certain groups of people in certain places are addicted to opioids, we can encourage anyone who is struggling to seek help without embarrassment or shame.

Addiction can happen because of many factors. It could be things like brain chemistry, age, environment, family surroundings, personality and behaviors, types of drug abuse and history of drug abuse. Anyone who uses prescription opioids, especially those who take more than average, are at a higher risk for opioid tolerance, dependence and addiction. Even babies are at risk. If a mother uses opioids during pregnancy, their newborn can exhibit withdrawal symptoms and develop neonatal abstinence syndrome (U.S. National Library of Medicine, 2019).

For more information about the situation in Missouri, visit the Missouri Opioids Dashboard for statewide data on opioid overdose deaths, misuse demographics, impact on the future and costs of opioid misuse. 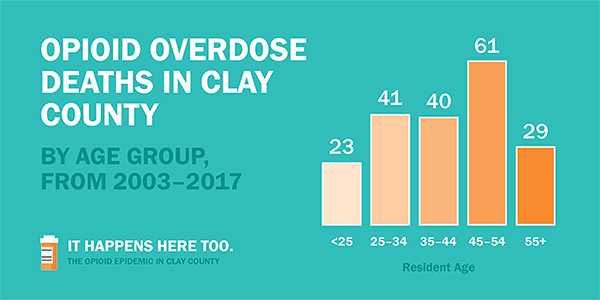 This project is funded by Department of Health and Human Services/Centers for Disease Control and Prevention under Federal Award #1NU90TP921989-01 and the MO Department of Health and Senior Services Contract #DH190012006 as a cooperative effort to address the Opioid Crisis. This project is 100% federally funded, and 0% non-government source funded. 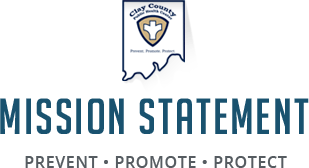